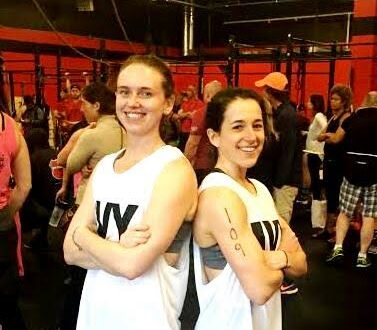 To those who don’t frequent the 5:30 am or weekend classes, hello! We are Kelly and Madison, also known as Kadison. When Tucker approached us about writing a Success Story, he offered that we could do it together or separately… but let’s be real, we already do everything together anyway so here goes our joint interview!
How long have you been doing CrossFit?
M: Somehow it’s already been 2 years and about 3 months since I joined BCF.
K: I started Foundations 3/18/14, so I recently celebrated my 2 year anniversary.

Why did you decide to start CrossFit?
K: After graduating, I was in a fitness rut- I missed the nice gyms at school and my apartment building’s gym just wasn’t cutting it anymore. I did Insanity but really missed lifting weights. CrossFit had always been appealing to me because it was a mix of weightlifting and cardio. A few of my coworkers were also interested in trying it out so we signed up for Foundation classes at BCF. We did the free class and I remember that I could barely walk down stairs for the next week, I was so sore.
M: Well, I had always sort of considered myself to be in good shape (spoiler alert: I wasn’t). I played high school tennis, basketball, and soccer, did club soccer for about a year in college, and after graduating I got into a routine of waking up, running on the treadmill for about 30 minutes at the Gold’s nearby, and that was my workout for the day. CrossFit had always been something I was curious about, but never found the right opportunity to try it out. So, in December 2013 while I was on a work-trip in Ohio, I decided to try a CrossFit workout at a local box with a coworker who had been a regular Crossfitter for about 2 years. We did a 20 minute workout involving front rack lunges, push presses, and pull ups – even using an empty 15lb barbell and 2 large bands for pullups, this 20 minute workout completely whipped my butt, had me sore for a good 3 weeks, and was probably the most fun I’d ever had working out. Naturally, this was all I needed to realize that CrossFit was something I needed in my life. So when I returned to Arlington, I looked around for gyms in the area, tried the free class at BCF (which also kicked my butt), joined Foundations just about a week later and never looked back! 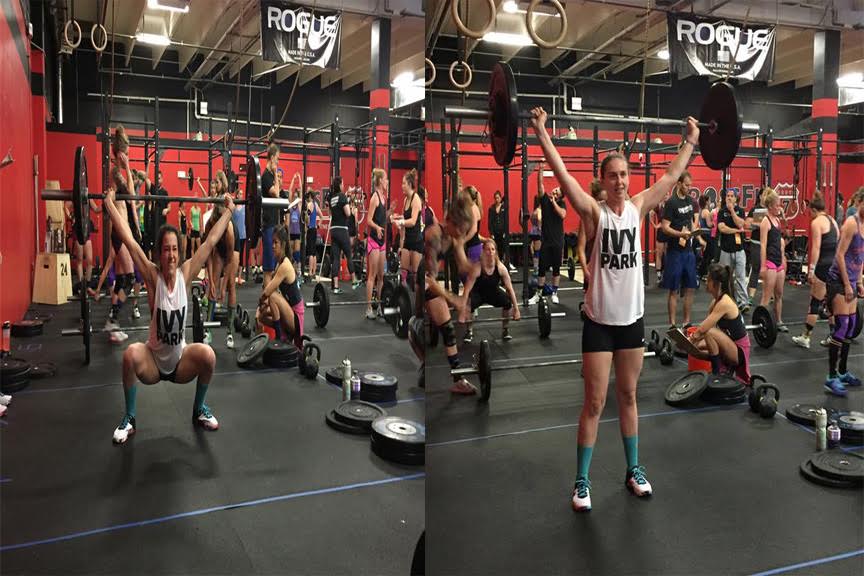 What’s your favorite thing about CrossFit?
M: In short – feeling strong. I had never really known what it was like to feel “strong” mostly because all my life any exercise I’d do was solely focused on cardio and endurance training. There is something so empowering about lifting, and a huge part of me regrets not trying weight-training sooner. Similarly, the technique that comes along with lifts, specifically Olympic lifts, I find to be so interesting and so much fun because there is always something new to learn and improve on. Basically, the way CrossFit incorporates skill, strength, and stamina definitely makes it a way of working out that even now, over two years later, has me waking up every morning to tackle the next WOD with the crew. Oh, and hitting new PR’s definitely begins to give you that Christmas-morning feeling.
K: I really enjoy the mix between weightlifting and bodyweight movements- CrossFit is true to the notion of constantly varied functional movements. I think I was most excited to learn technical Olympic lifts when I started- I’m not a particularly fast person and strength is more of my strong suit. Overall, the variation is what keeps me interested- even though you’re not doing the same thing every day, each workout contributes to your improvement in several different movements.
In addition to the physical benefits, I think the sense of community is a big part of CrossFit’s appeal. I love my 5:30 am fam (#teamwedoitbeforedawn)- not only do I get up to go work out, I get up to go grind with friends. Fun fact: Madison and I actually met at CrossFit and we are now roommates/swolemates. 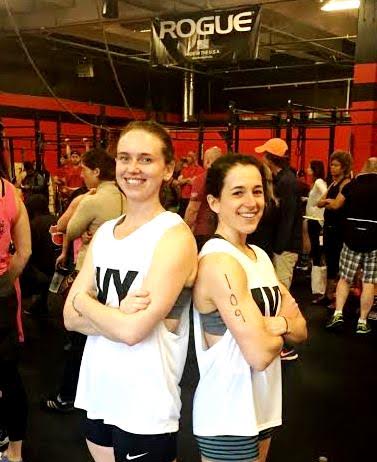 What have you learned since starting CrossFit?
K: I’m not as flexible as I thought! When I first started, I had to use one of the black strips when squatting. I joke about my old lady hips, but CrossFit has made me more aware of the importance of mobility- especially now that I’m sitting at work for the majority of my day. I envy how easily kids can plop into a squat… my yogi squat is a still a work in progress, 2 years later.
M: I’ve definitely learned to not take stretching/mobility/yoga for granted. Though I’ve been fortunate enough not to suffer any major injuries in my life, I had never really given stretching or yoga much thought or put any time towards it. However, since starting CrossFit I’ve realized the necessity of stretching. No matter what level of fitness you’re at, CrossFit is sure to make you sore and tight at some point, and utilizing stretching exercises and yoga poses help you to recover SO much quicker. Aside from that, CrossFit has taught me that although competitive sports are super fun, there’s something to be said for how fun and utterly humbling competitive exercise is, too.
Who is your favorite Crossfitter?
M: Lauren Fisher. It probably has something to do with the fact that she’s only 22, near the top of the CrossFit world, a U.S. Olympic Lifter, and the face of Nike compression gear. But all of that aside, she is just a total beast and an inspiration. Definitely my fav(e).
K: CrossFit is awesome because there are so many great athletes, which makes this question difficult. If I had to pick just one, I have to go with Sara Sigmundsdóttir- she’s a beast from Iceland who is also a Nike athlete. Camille Leblanc-Bazinet is a close second for her hilarious Instagram captions and hashtags. I’ll also put Khan Porter out there for the men Crossfitters.
What piece of advice would you give to new members or people considering CrossFit?
K: Be patient and don’t be intimidated! While CrossFit is definitely a wake up call to your physical limitations when you first start, but I think most people don’t recognize or anticipate the mental challenge. It’s easy to look around at the rest of the class when you’re new and be frustrated with how slow you are or how light your weights are in comparison. It’s important to remind yourself that it’s a process and success does not happen overnight. I will say that consistency really lends a hand to progress. Also, I’d recommend that people make sure to write down their training! Not only does it help when trying to figure out percentages, it’s how I track my progress.
M: Don’t get discouraged or frustrated when certain movements or certain weights seem impossible. In my experience, not only will your body adapt, but the more dedication and perseverance you put towards learning and practicing basic movements at light weight, the more successful you will be once your strength begins to match your skill. For instance, it took me a good 5 or so months to even hold myself upside down against the wall, let alone attempt a kipping handstand pushup (that I now can do RX). Through coaching, gaining upper body strength, skill practice using a box, and getting used to the sensation of being upside down – eventually those kipping handstand pushups, which once seemed ENTIRELY impossible, became possible (and next up – strict handstand pushups!). The same thing can be said for weights that seem too heavy. Give it time! “Patience is a virtue”….or something .