I always considered myself an active person. Throughout high school, I was involved in a sport in every season throughout the year from football to basketball, baseball and rugby. In college, I stopped playing “competitive” sports; but, was always involved in intramural leagues and working out with friends which kept me pretty active. After college, I started struggling to keep up with my fitness and I saw my weight increase. I always kept a cheap gym membership and would have periods of time where I would go consistently as well as times that I would never go at all. When I would go to the gym, I would go in and do a few lifts that I really enjoyed (squats, bench press, triceps work, and curls) and would maybe run for about 5 minutes. I may not have been great at working on my weaknesses at this point in my life; but, I was really good at making excuses (running hurts my knees or I can’t come up with a program).

I decided it was time for a change after going to my now fiancé Alye’s CrossFit competition and witnessing CrossFit firsthand. I decided to join a box right by Philadelphia. I liked the idea of CrossFit; but, the box I was at was very focused on the top level competitors and didn’t pay much attention to the newer athletes or scaled workouts which led to a lot of personal frustration.

In May 2015, Alye and I moved to Virginia and I decided to give CrossFit one last shot before going back to my on again off again relationship with working out. I joined Ballston CrossFit and saw a big difference in the atmosphere and focus on the athletes who were not at the elite level like myself. I originally would get frustrated that I was never in the mix with the other athletes in metcons until some of the coaches would work with me and remind me everyone has been there. The atmosphere of the gym and the people I have made friends with allowed me look forward to going to the gym instead of making an excuse to stay home. I saw my max lifts and stamina grow; however, realized something was missing.

At the beginning of 2016, I began to assess whether a change in my diet or nutrition would elevate my performance. I’d become involved with Advocare throughout the year through my fiance’s interactions and decided to begin a 24-day challenge. I started to shed weight and throughout my experience with the products and company; I’ve lost nearly 20 lbs. since the beginning of 2016!

Alongside my nutritional changes, I began to take my training seriously and have seen increases in almost all my lifts; my metcon times are down; and I have accomplished things I never thought possible (handstand push-ups and double-unders)! Within the next few short days, I will also complete the CrossFit Open for the first time which has been an amazing way to motivate and see my hard work. I love the camaraderie at the gym and see it as a group of people at different fitness levels cheering each other on to dig a little deeper. I haven’t completed all my goals and reached my ultimate “success” yet; but, I know that no matter if you’re brand new to CrossFit or the reigning games champion, you can always challenge yourself to do a little better at something! With the help of Ballston CrossFit, the coaches, and the other members of the gym; I am definitely heading in the right direction! 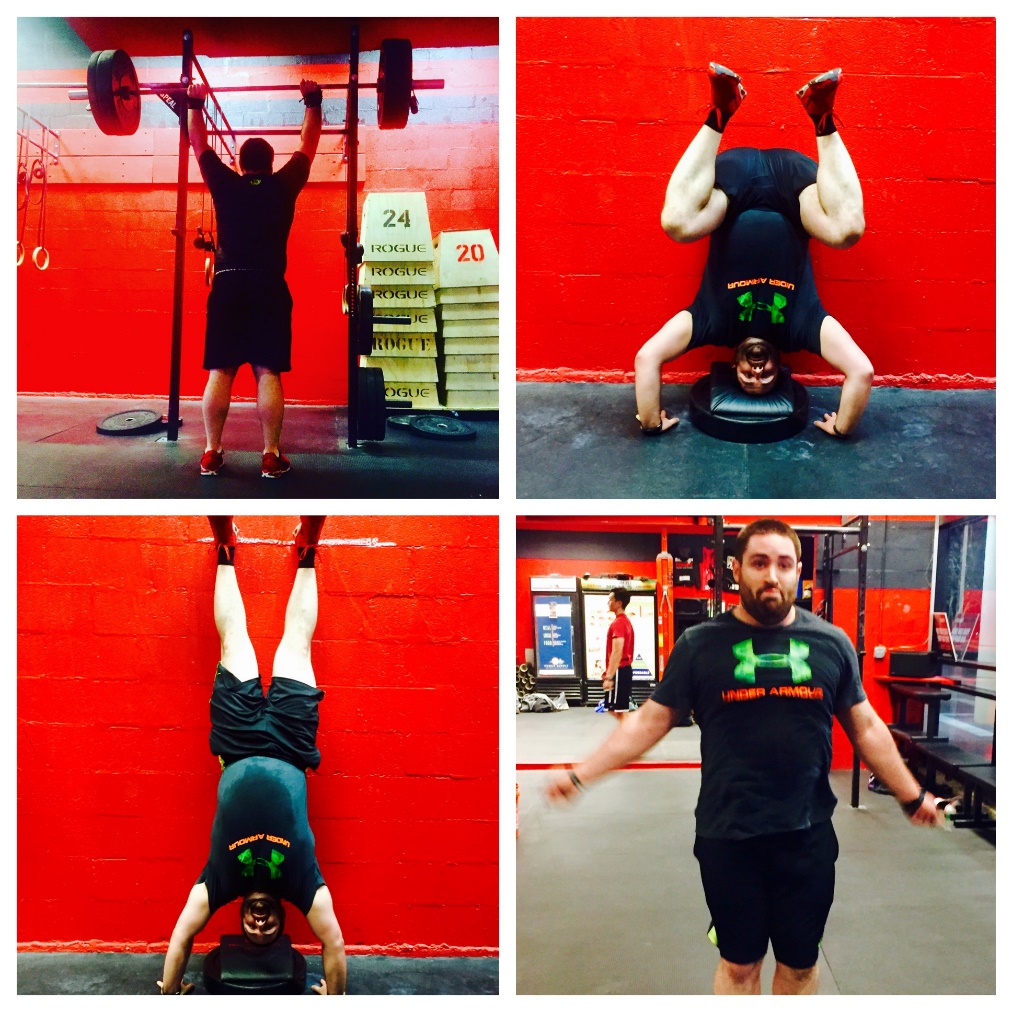