I’ve been a “runner” since 2007, when I realized my “freshman 15” had become “graduation 30.”  Not only did running help me lose fat, but it became my stress relief.  Unfortunately, in 2011, I began having knee pain that limited my runs to under 2 miles.  I tried other cardio, but it wasn’t the same.
I had to do something to stay in shape and keep from going “JUDI SMASH” so decided on weight lifting.  It’s something I’ve always wanted to do, but was afraid of injuries. My first personal trainer got my endurance back up, but failed to push me or actually have me lift weights.  I eventually changed gyms and got a different trainer.  He showed me how to lift weights, but I knew my form was wrong because my knees and shoulders would hurt.
Finally, after months of sadness and gaining weight, I decided to look in to crossfit.  After doing some research, the box with the best reviews was literally right outside my apartment.  From the first week of Foundations, I knew I had found my fitness home.  The work outs were great, form was always stressed, and it was like a little athletic family.
Two months later I got back in to running, since the knee had been holding up during run WODs.  One day on a leisurely run, I checked my watch and stopped in my tracks.  3.5 miles!! I hadn’t run that far without pain in years.
Now, almost two years later, I’ve never had a recurrence of knee pain.  I was even able to complete the Army Navy Half Marathon with another crossfitter.
I will forever be grateful to the coaches for always pushing me to do my best, in a safe manner.  I’ve never been more happy with my body and plan to keep making improvements. 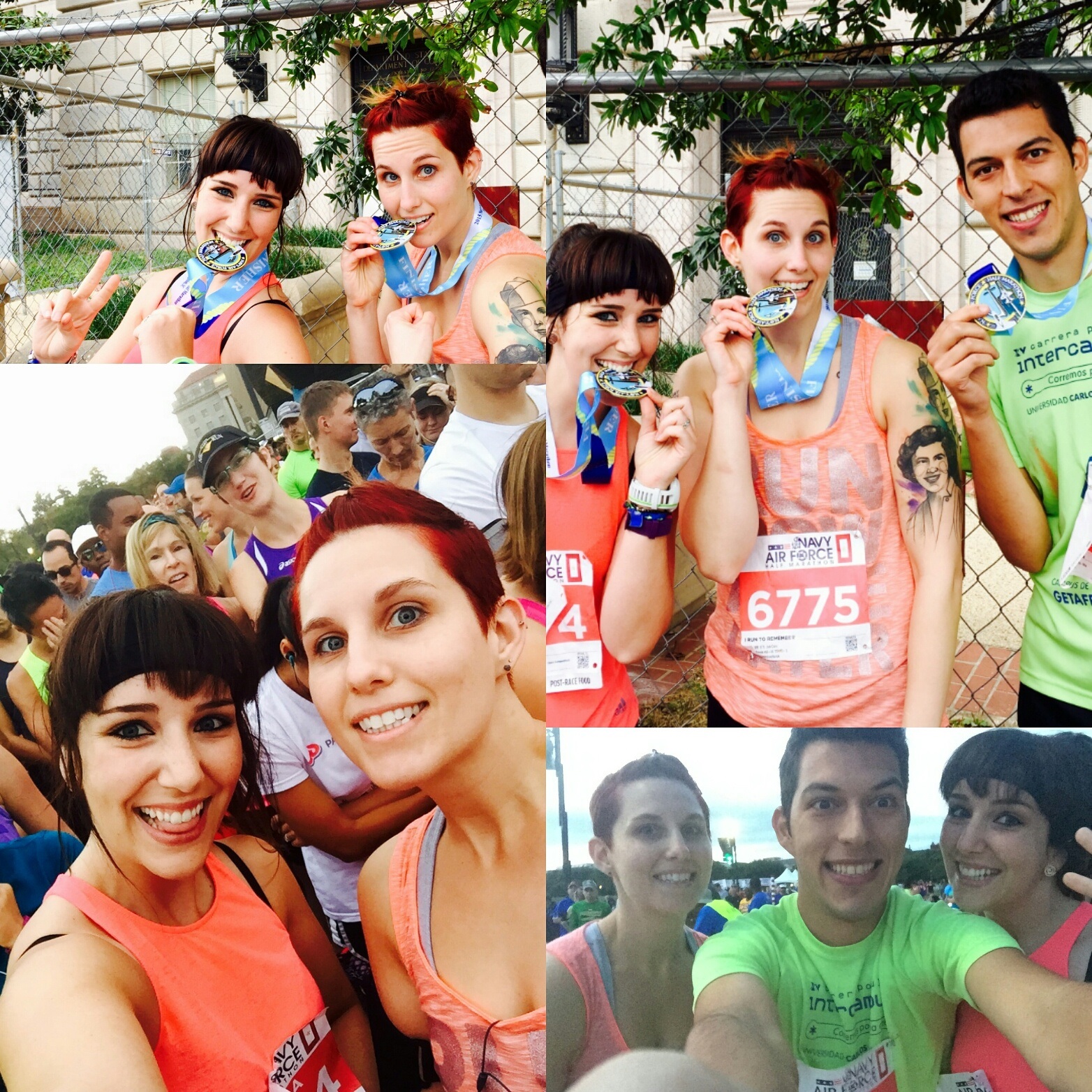