Throughout high school I was always playing either soccer or basketball competitively, and then when I got to college I continued playing intramural soccer.  I never really lifted weights or went to the gym, I just figured playing sports and going for runs would keep be in good enough shape.  After college I found myself with less and less time to play sports and would just go on an occasional run or two each week.  In 2014 I decided to train for a marathon, but during training ended up hurting my IT band and had to postpone the race until 2015.  During the marathon in 2015 I injured my IT band again and had to pull out of the race at the 14 mile mark.  From then on my legs wouldn’t cooperate and would only allow me to run 1 maybe 2 miles at a time without any pain or discomfort.  Due to this pain/discomfort I started to go on fewer and fewer runs.
In January this year both myself and my father decided to challenge each other to see who could lose more weight in the first three months of the year, mostly due to the fact that we were both the heaviest we had ever weighed (right at 200lbs).  As I started to create some kind of self-made diet and exercise plan from different things I had seen on the internet, I saw an advertisement for the BCF New You 6 week program.  I figured I might as well try it out and see how it works since I was sure the people running the program knew far more about weight training and nutrition than I did.
I had heard how CrossFit was like a cult and how the people could be very serious and standoffish.  I quickly learned that this wasn’t the case at BCF.  Everyone was very welcoming and open to helping someone who was new to Olympic lifting (or lifting free weights in general) like me out whenever possible.  The Coaches were very engaging and encouraging throughout the strength training and WODs; they didn’t just tell you
the workout and then go sit behind the desk.  It made the workouts bearable because I wasn’t struggling to figure out what I was supposed to be doing because they were there to actually coach me through them.
After  the new you program I had lost about 10 pounds, and thought to myself that if I could lose that in 6 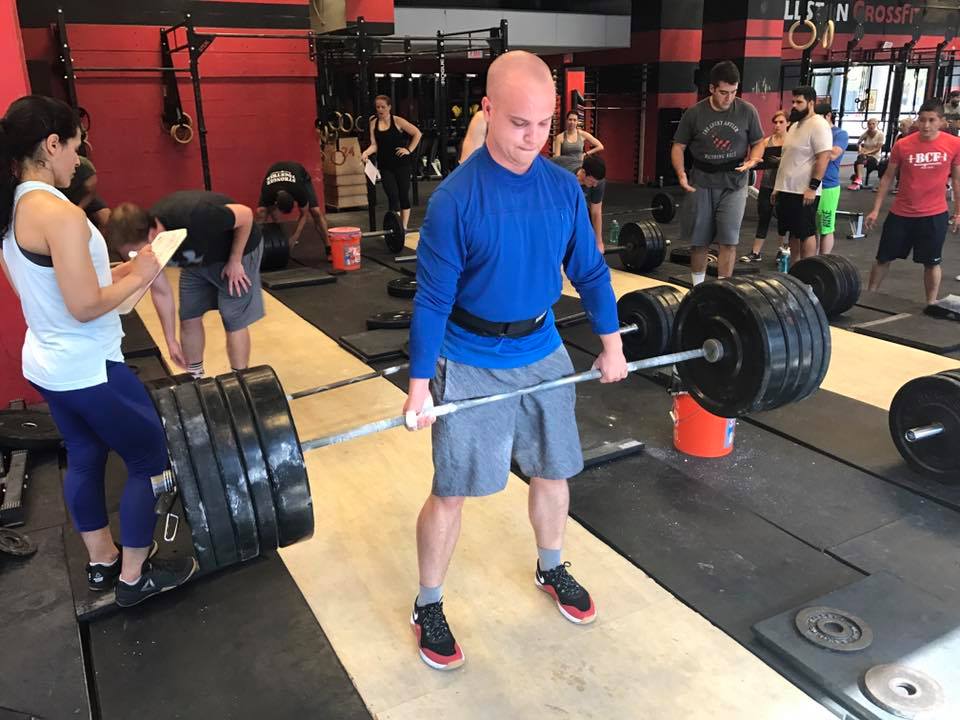 weeks I wonder what I could lose if I came for 3 months, so I signed up for a membership.  In the six total months (inclusive of new you) that I have been doing CrossFit I have lost a total of 40lbs (and am now the lightest I’ve been since high school) and gained strength, stamina and overall fitness.  I am now able to go for longer runs without pain or discomfort and just have an overall better quality of life.  I am a firm believer that the atmosphere you work in (in this case workout in) can make or break the work you are doing, and the atmosphere I found at BCF makes working out fun, interesting and challenging.